A Time for Review 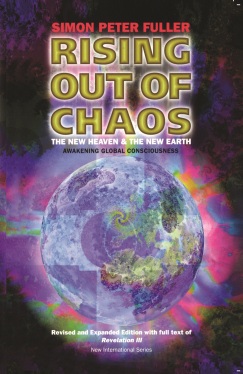 It has now been more than 25 years since Kima Global Publishers first opened its doors in 1992 with the publication of Rising out of Chaos – The New Heaven and the New Earth by Simon Peter Fuller. We were friends then and still are today. Simon Peter is living in active retirement in Sri Lanka and Nadine and I are still in Cape Town, now in the Deep South.

Rising out of Chaos was a book well ahead of its time, but is now totally relevant to today’s chaotic world. The World is even more chaotic, but the arrival of the New Earth is ever more likely. We are currently offering the e-book edition free (actually nearly free since we cannot do a transaction with no value. PayPal will not allow this).

In celebration of our 25 years we have pleasure in announcing the launch of our new Showroom web site, which features all our best sellers over the years. We would welcome your visit there and your comments.

You can also find out why we do what we do, our mission, and some background as to what we look for in a new publication, so that you as a potential new author know what to expect from us.

Many climate scientists are questioning the relationship between carbon emissions and global warming, while others assert that this trend has now ended. While McPherson’s prognosis, (Guy McPherson – Human Extinction Within Ten Years) based on the global warming hypothesis, may appear grim, what if there were another trend currently counteracting this one? While summers continue to register record high temperatures, winters are getting increasingly colder, which leads some to argue that we are in for a period of global cooling instead of global warming.

Whether a consequence of human-made greenhouse gases, or an outcome of natural evolutionary cycles, or both, the fact remains that the temperature on the surface of the Earth has warmed approximately 0.5 degree Celsius on the average within the past few decades and until around 2007. At first sight this may not seem like much. But considering the intricately linked ecosystem of Gaia, this is a significant increase.

Imagine your own body’s thermostat no longer set at its normal temperature of 37 degrees Celsius. Anyone who has had a fever knows what it’s like to feel weakened, foggy, and sick, alternating between irritation and lethargy, cold chills and hot flashes.

The Earth has a variety of negative feedback loops to keep her temperature stable at the optimum rate for the proliferation of life. Consider what would happen if this thermostat were to be forcibly jammed over a long period of time.

Thom Hartmann reports in his book The Last Hours of Ancient Sunlight: Waking Up to Personal and Global Transformation, that the Great Conveyor Belt has been sputtering lately. It has already stopped and started a few times within the past ten decades. Once it shuts down completely, it is likely to remain shut down for anywhere between a few hundred years and a few thousand years, initiating a new Ice Age.  This is an extract from Gaia Luminous by Kiara Windrider. Look inside the book here. 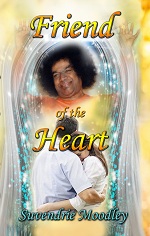 An attitude of gratitude brings more joy to Life than grumbling and complaining. Living with love brings joy into living. Living with love replaces guilt, blame and shame with happiness. There is no need for concern about the future life if we live the life we have now with love in our hearts. If we live with love, happiness can unfold like a flower.
Try living with belief in continuous living. Imagine living in love and light forever, with infinite joy without worry or suffering, and with freedom of the Universe. Does that make you happy? It is not being loved but loving others that brings happiness. Love for money and material things and being in love may bring happiness for a while but it doesn’t last. Lasting happiness comes not from possessions or possessing people but from living in love with Life; the life that is always in us.
Love and joy can flow out from the Life within us, toward people, places and things, if we allow it. The objects of our affections continually change and sadness can come with the changes until we learn that happiness comes not from anything outside of us, happiness resides within us. That is why we need to know ourselves.
When we love whoever we are with a fountain of happiness opens within. For me recently it was a hornet that wanted to share a caravan with me. She was gorgeous and I was much happier when I welcomed her and let her fly in and out as she wanted than when I was in fear I might have to live in a hornet’s nest!
My son Sam’s partner, Sonia, said that the best way to find happiness is to serve others. It matters not if we are rich or poor. Greed or envy will not make us happy but compassion, gratitude and service, even to a hornet, can release the flow of happiness. Howard Storm was taught that the best way to grow spiritually is through service. Many great spiritual teachers, including the late Saytha Sai Baba taught that. My experience is that this is true. Read more here.

With GMF we have a deliberate attempt from the beginning to confuse and to bypass the normal safety channels. Information was suppressed and deliberately contorted and attempts were made to present part of the story only, giving an impression that studies showed that GMF were safe to use when very clearly this was not exactly what all studies had showed. In fact there is good evidence that the opposite is true. Many substantial studies showed that GMF could be dangerous to our health, yet every effort was made to get these products into the market place as fast as possible before too much evidence as to their safety was available.
If one introduces a novel man made food product into the market the long term consequences could be seriously problematic. Cancer takes 10 to 20 years to develop and this also applies to many of the chronic diseases we see today. Research of only a few months in animals cannot possible give such long term prediction of harm or harmlessness and even a few studies showing harm should raise alarm bells. It is really not good enough that some short term studies showing safety should satisfy professionals in the face of the real possibility that genetic modification is touching the very heart of the cell structure.
GM crops have not been proven unconditionally safe and there is sufficient evidence to make many good scientists wary of this process. With this huge question mark around GM products, allowing them to be used freely by human beings and especially children is experimental. It is the kind of science that should not be allowed. Why would companies selling GM derived foods not want that information available clearly on the package?
Rats fed GM potatoes have shown serious defects. The rats suffered damaged immune systems; the thymus and spleen showed evidence of damage and some of the rats had smaller, less developed brains, livers and testicles. There were other defects that were interesting and of some concern. Some of the GM potatoes were nutritionally different to their non-GM parent lines even though they were grown in identical condions.

I have come to believe that what we term enlightenment in various spiritual traditions is an act of biological transformation within the consciousness of matter. It is not a spiritual event so much as a biological event. It often happens spontaneously for people who have no spiritual background and who are not even looking for it. If this is so, then is it possible that as we go through changes in the consciousness of matter on a collective level, that a wave of enlightenment would follow?
Sri Aurobindo and his spiritual partner Mirra Alfassa, also known simply as the Mother, believed that this would be the case. A hundred years ago, they spoke of the supramental transformation that would be occurring on Earth and emphasized the necessity of experiencing this first in our own bodies. They spoke of waves of cosmic light that would move through human consciousness, preparing us for this great shift.
These waves are coming in now. Many systems are emerging all over the world with the intention of harnessing these waves and using them for inner transformation. My sense is that we are close to a critical mass, at which point the vast reservoirs of undiscovered potential within our DNA will get turned on. We can then harness the incoming cosmic energies and anchor them in the physical body, leading to what some refer to as taking the rainbow body, a process of unifying our physical bodies with our light bodies.

This is an extract from our new title Gaia Luminous by Kiara Windrider. Read more here.

A Journey With Angie

Smile! You’re at the best WordPress.com site ever

Based on the Haakon Urn writings discovered in Antarctica in 1962, compiled and re-told by Gordon Keirle-Smith

Momentum, Science & the Law of Attraction

This WordPress.com site is the bee's knees

Biting the hand of Project Fear

something to suck on

Irish American Poetry Photography Worldwide Speaking with Our Self

A Blog of My Own - expressing rediscovered possibilities

Readings From The Northside